Millions of former forced laborers and other Nazi victims were uprooted during the Second World War. Known as “Displaced Persons” (DPs), the efforts they made to relocate and emigrate resulted in a wave of worldwide migration after 1945. For the first time, the web portal “Transnational Remembrance of Nazi Forced Labor and Migration” displays movements of selected DPs on a world map and tells the stories behind their persecution and migration. Students and other interested persons cannot only explore the interactive portal, they can also contribute to it themselves by developing their own projects.

Combining the knowledge of renowned research and documentation institutions, “Transnational Remembrance of Nazi Forced Labor and Migration” was started as a joint project of the NIOD Institute for War, Holocaust and Genocide Studies, the Institute for Migration Research and Intercultural Studies (IMIS) at the University of Osnabruck, the History Workshop Minsk and the Arolsen Archives. It is financed by the Foundation “Erinnerung, Verantwortung und Zukunft” (EVZ). 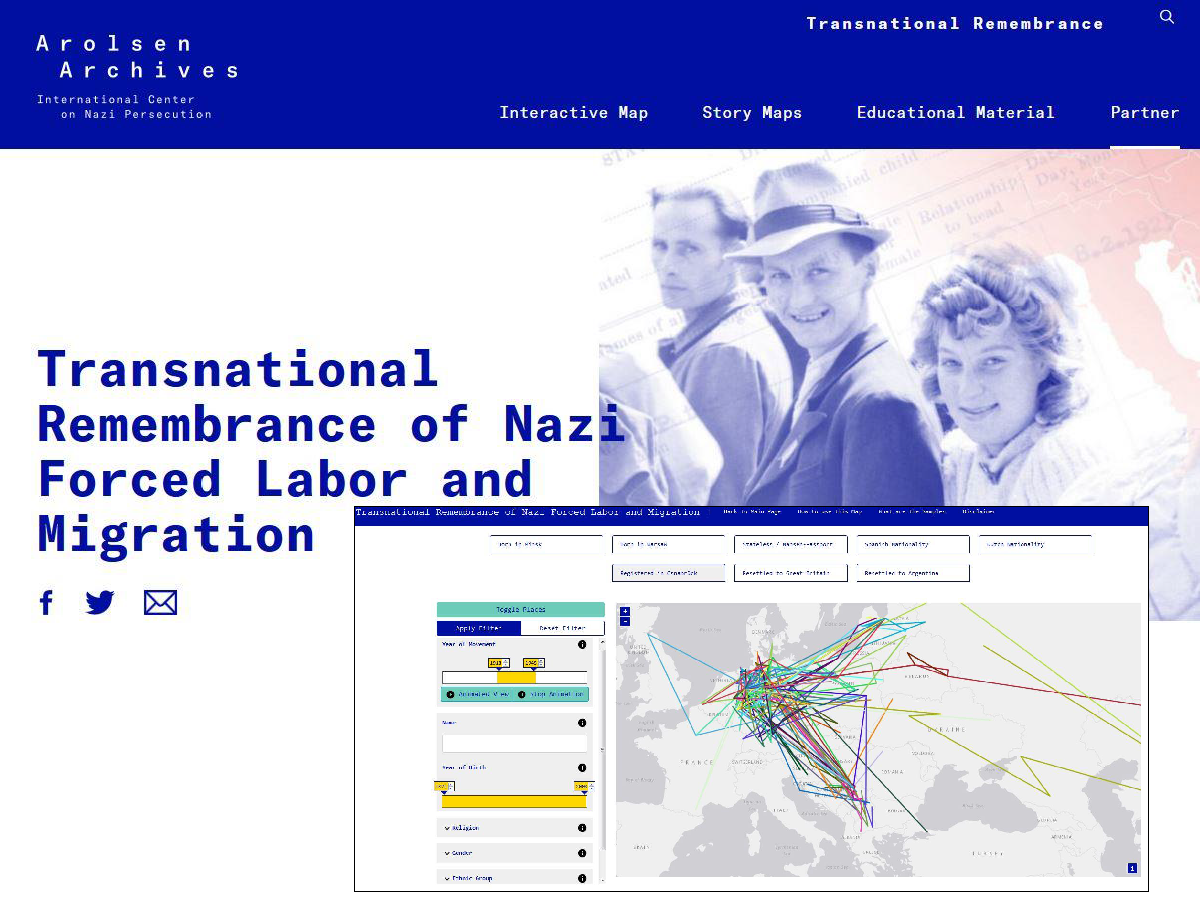 The Arolsen Archives enhanced the project with biographical data of 1.700 people who had filled out “Applications for IRO Assistance”. These formalities were necessary in order to be recognized as DP by the International Refugee Organization (IRO). Applicants outlined their own and their families’ movements and places of incarceration, forced labor or residence during and after the war.

Based on this information, the project provides three different ways to explore people’s life paths:

“In the first years after the end of the Second World War, so many people were on the move,” explains Henning Borggräfe, head of the Research and Education department. “Their biographies make this largely unexplored period in history very personal and comprehensible. Providing interactive access to their stories on the web opens up great potential for the education of young people in particular.”

Students and other interested persons are encouraged to contribute to the project by developing their own Story Maps based on the biographies presented in the portal. In addition, the portal connects to the respective DP’s original application in the Arolsen Archive’s Online Archive: There, users can comment on the specific application document and contribute their knowledge if they have further information about the person.